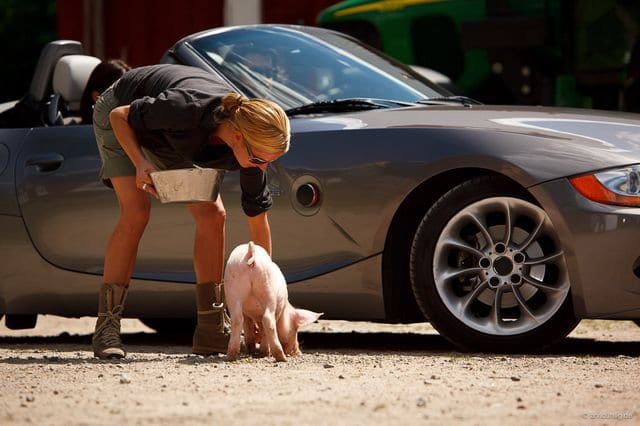 Katja Elsässer was born in Hamburg in 1980. She nurtured and cared for her first own horse at the age of 5 years, her skills in handling and communicating with animals of different species began to develop early on during her animal training. The parental home was filled with all imaginable animals, as far as possible for a child. The reference and the connection to animals took its course.

In 1996 she began her first work as a animal trainer for film and TV with Gerd F. Kunstmann with animal actors of various species, thus turning Katja`s animal training into professional animal actors training.

Animal actors training is the focus for Katja Elsässer.

She laid the foundation stone for the Filmtierhof near Lüneburg at the beginning of 2000 and worked exclusively for the agency. In addition, her concept was developed in animal training. It refined and became a proven and successful method in her film animal training. The Filmtierhof has been working independently since the end of 2009.

At the animal actors farm, the pre-training for the respective requirements as well as the selection of the most suitable animals for the animal actors training takes place. The permanent stock of reliable representatives of the respective species as well as constant new additions allow a wide range of suitable choices for the most diverse requirements.

For animal trainer for film and TV Katja Elsässer it is: "The greatest job in the world!"

After many successful years with a steadily growing volume of orders, Katja Elsässer has firmly established herself in the industry with the Filmtierhof. Focusing on animal actors training and becoming a animal trainer for film and TV is becoming more and more fashionable and has become a very sought-after dream job. However, not every "animal man" has the prerequisites with the requirements that such a dream job has to be up to and to keep up with.